It’s been a few months since the festival partnered with Philly Tech Week #PTW16 and camped out at the University of the Arts. We had never tried to screen in one space and in the spirit of us moving around the city since 2011, we took the task to heart. It was an exciting time for all of us.

The combination of 87 films with yet another fantastic and enthusiastic crowd showed Philadelphia and the world that the Independent film is alive and well. We are proud to have screened films from as far away as the Middle East (Iran and Israel), Italy, Montenegro, UK, Spain, Holland, all over the United States and much more. We produced multiple live webcasts that drew more people than attended the festival live. Our on going (circa. 1997) discussion of our (human) relationship with digital media continues to push the envelope. Local Independent film is thriving and will always be well represented at the festival.

It was great to see so many new faces. It shows the #PHL film community is much, much larger than anybody knows. We are proud to be part of and contribute regularly to the ever evolving landscape in Philadelphia film for almost 20 years. We support the #PHLfilm creative and business community and so should you!

What’s next for us? We plan to continue our UArts, Philadelphia Art Alliance and or Philly Nexus events where we discuss and introduce new and evolving artists, filmmakers, tech heads and people who want to discuss the current memes. We’ll continue to do these events and focus on working with local filmmakers to premier local films. The UArts Gershmon Y and the Corzo Center for the Creative Economy are fantastic venues to premier films. The Gershmon Y has a 600 seat capacity theater with some of the best projection the city has to offer.  We feel honored to present at such venues with such talented people.

Thank you again for continuing to make our festival such a success. We hope the past 9 years have shown our dedication to the craft as a craft and we look forward to seeing you out, online and buying tickets to all screenings (that’s all festivals people) through out the year and for many years to come. If you see an independent shoot on the streets of Philadelphia, buy the set some joe from a local shop. They’ll love you back for sure!

Feel free to contact us or interact with us online where we are active daily.

Yours in the arts,
Benjamin Barnett, Festival Director #piff

The WordPress.com stats helper monkeys prepared a 2014 annual report for this blog.

A New York City subway train holds 1,200 people. This blog was viewed about 3,900 times in 2014. If it were a NYC subway train, it would take about 3 trips to carry that many people.

New Jersey Commission on Holocaust Education recommends and distributes the film A Journey into the Holocaust to its 1,200 middle and high schools

A Journey into the Holocaust, a documentary that attempts to answer why the Holocaust and other genocides happened and why they will continue to happen, has been accepted as an approved program to teach the Holocaust to New Jersey students. “We have approved and are recommending that teachers use this excellent film and Teacher’s Guide to help meet the state’s Holocaust education mandate” expressed New Jersey Commission on Holocaust Education Executive Director D. Paul Winkler.

Media Bureau was proud to work on this film in a variety of capacities including producing and edit supervising. Thank you to Director and Writer Paul Bachow for giving us the opportunity to bring our talents to the table. We are honored to have worked on this project.

Get to Demo Day!

We are proud to claim this fact. Yes it is true. With a sophisticated and unique curriculum and a torrent of interest, we launched in 2014 the worlds first crowdfunding accelerator. What does this mean?

Read the Technically Philly article here to find out: Inside coPhilly’s #PHLMade Demo Day. The daylong event showcased more than 20 early-stage companies, including members of the coPhilly accelerator program.

NEWS ~ We are proud to take part in the upcoming Philly Tech Week April 17th – 25th, 2015. This is a huge move for us and we feel the gap left when the Philadelphia Film Festival left in April to move to October has never been filled. After years of people asking us to do just that – we are thrilled to take the leap. Submit here:Submit to festival #8.

We will screen for 8 days (3 more than previous years) and will have more events planned than usual – daily. These events include product demonstrations, roundtables, discussions, and of course gatherings. We will continue to provide ground floor opportunities to the local and international film community we serve and will never stray from our roots. Some people say we stick to close to our roots, well we do! Access for all is what we think a festival should be and our past years show this is what you all want. We hope to see you out. 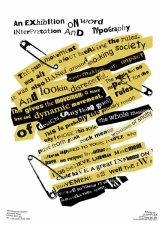 We are excited to be working regularly on the next 10 week intake in February. Come by Nexus to discuss why this disruptive fundraising process is enabling the making and creative economies to, once and for all, strike out on their own.  ~ ed

We want to thank you all for making the seventh year of the Philadelphia Independent Film Festival so special. Thank you to the volunteers who made this happen. Thank you to Actor / filmmaker Melissa O’Donnell for chairing this years program team and holding the Underground Film Forum court. Thank you to the winners and all of the Official Selections.

This year saw remarkable movement to a more solid and grounded festival. At the top of the list is our first attempt to work with a fiscal sponsor, pifva.org. We are proud to continue our tradition of fitting films to venues by adding  new venues (Clay Studio, Benjamin’s Desk and ImpactHubPhilly.com) and hosting sold out speaking events (Sean McKnights SAG/Aftra discussions) among many other talk back’s (who will forget the National Constitution Center’s lobby discussions?). We are especially proud to continue to host filmmakers from all over the world including Hong Kong, England, Germany, Spain, Japan, France, Canada, LA, NYC, Wisconsin, Atlanta, New Jersey, Delaware, and more.

The festival grew past its roots this year. PIFF Moscow launched to great success. Thank you to Mike Lass and Ksenia. We took Credit Cards for the first time! We used advanced ticket sales for the first time and even worked with a festival consultant (Thom Cardwell). We signed on a Volunteer Coordinator (Dana Michael) and this year our Volunteer team had two training sessions prior to the festival. Do you miss training on the fly? 🙂

We can’t wait to be back for festival #8 already being planned! The festival will be held on June 24 – 28th. Although that might change as we are discussing working with a few events in the city. Stay tuned for that.

Submissions fire back up October 1st, 2013. That’s right around the corner!

Thank you again and we look forward to the next installment of the festival.

We are happy to announce that we received a Cultural Fund Grant of $2,400.  We would like to graciously thank the Philadelphia Art Community and District 1 Councilmen Mark Squilla. Thank you for encouragement and support. We have been traveling the globe and the web to discover and connect different artists and filmmakers who work to see beyond “what is” and instead look to explore, create, and then screen. This form of Independent film making often takes the viewer beyond the boundaries normally experienced in the theater. Either way, it is sure to make you think 😉

This WordPress.com site is the cat’s pajamas